The following list are some dear people that have helped mould our club into the fine institution it is today.

These fine people are all deserved life members of our club and we thank them dearly for their commitment and dedication to junior Football. 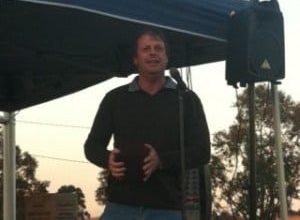 Affectionately known to most as “Mahery”, Glenn has been an active participant in the Lochinvar Rovers Football Club over 30 years. He played as junior in the purple and white and then went on to play in All Age Men and Over 35s teams. He has played, coached, captained, managed and held Committee positions. This year chalking up his 100th game in the Over 35’s as well as Captain Coaching the team to be Minor and Major Premiers for the season.  Glenn’s contributions to this club will be greatly appreciated for many years to come. A very worthy recipient of the 2012 Life Member.

Wayne has been an active member of the Lochinvar Rovers for the most part of his life. During this time he has been a player, coach, Committee Member and Registrar for five years.  Wayne still plays for our Over 35s. Wayne has given his time without question to keep our Club up and running for all these years, his efforts have been tireless and very much appreciated.

In 2010, we inducted 2 very important people in the Life Member fold of our club. Our reminiscing led us to talking and then eventually – in this – the inaugural year as the Lochinvar Rovers Football Club to take a move to reinvigorate this great Life Member honour again.

When most people think back to all those years running around as a kid having a great time playing for the Rovers there were many other great people who filled our minds with strong memories but there are some who committed blood, sweat and tears for the Rovers who stand out among the many.

With the encouragement of all Committee we felt it not only appropriate, but fitting to honour again some of the great people of our club with Life Membership.

These people who were here  not only to run games week in and week out but outside of those hours giving their own time. Whether it be welding goal posts, manning the grounds & the canteen, running Gala Days or laughing and debating with their fellow committee about the running of this great club.

It is indeed hard  to describe the commitment that this next man showed throughout his many years of dedicated service. He worked tirelessly alongside many of our current Life Members and with as much enthusiasm and community spirit. 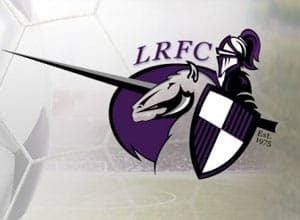 Mr. Brooker as he will always be known tomany, is one of those great people. Either with a welder, an irrigator or a line marker in his hand he was always helping out in some way. It is  recalled in particular the refurbishment of the Caravan Canteen MkII where all of his fine skills were put to the test readying the old bus to be put into service well before we had the modern brick amenities we have today.

Mr. Brooker, regrettably, was unable to accept his award but  with honour his wife Helen and his Son Raymond accepted the accolade on his behalf.

Ted was first encouraged to Lochinvar 1979 by Albert Doel, whose son was Ted’s apprentice at the time. Ted and his sons were then involved with the Rutherford Club.  Ted joined the Committee in 1980 and went on to be the Club Secretary for 6 years. He was also the representative to Hunter Valley as well as the Hunter Valley Fixtures officer for 4 years as well as a Northern NSW Committee member.

Many of you are familiar with the Patrons Cup, a competition played for the U9 age group. This was Ted’s baby. He started the tournament as the U9’s didn’t play competition and he was convinced they were ready for the challenge. It took him a long while to get the Patron’s Cup off the ground but his passion for the idea did not falter and the Patron’s Cup is still played each year in the HVFA agenda.

On several occasions Ted camped over at the grounds after setting up tents and nets ready for a Gala Day that was to be played the following day. He wanted to make sure that all the equipment remained secure.

Ted also assisted with the building of the security bars and doors on the canteen, that still remain today.

Ted left the club in approximately 1987/1988 when he had to move to Sydney for work. Ted’s heart is still with the Rovers and he can be seen helping around the grounds even today watching both his son and grandson don the purple.